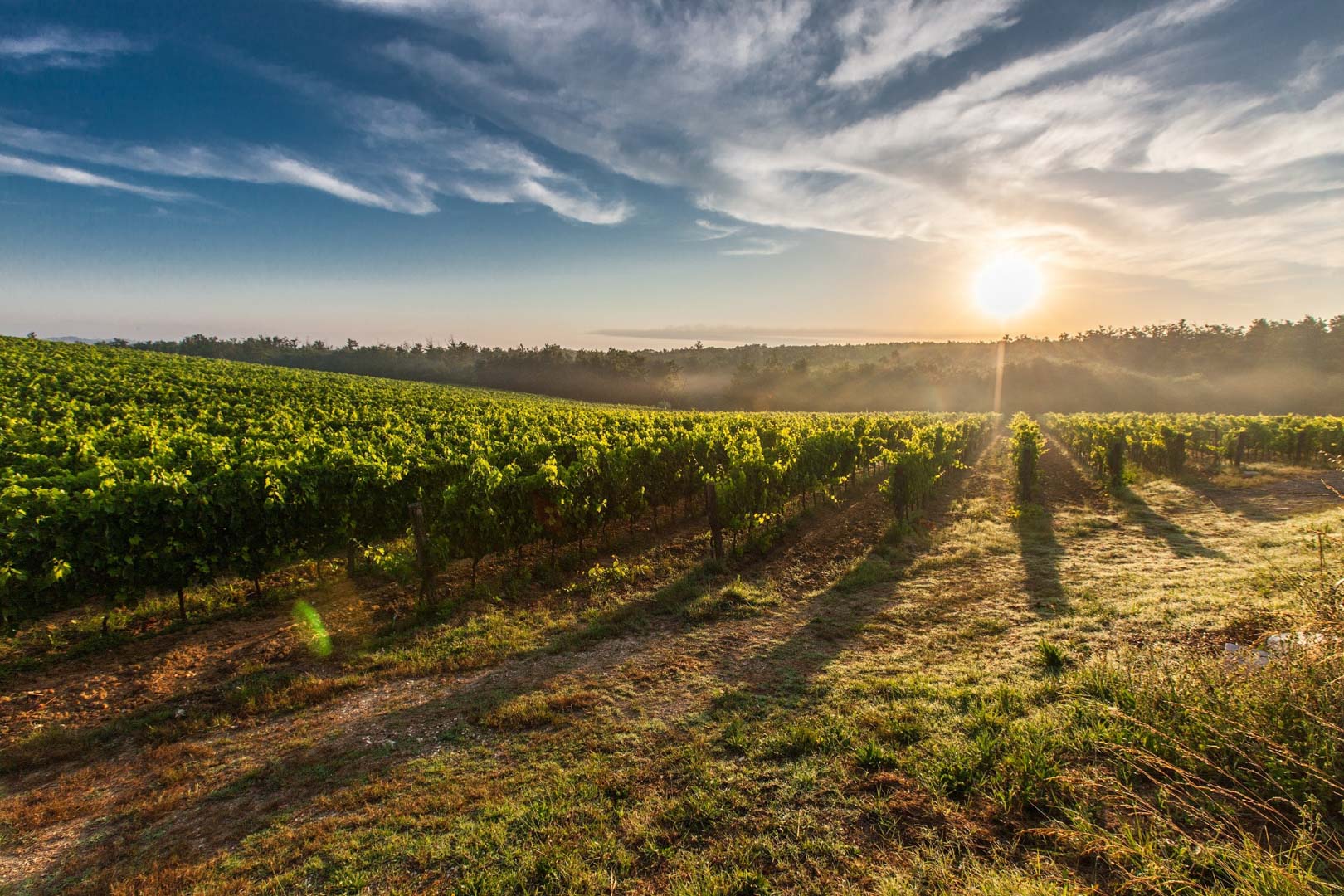 10 May Chitosan hydrochloride in viticulture

The basic substance used as elicitor to induce defensive responses in the grapevine.

Chitosan hydrochloride is an organic polymer obtained from chitin, one component of the insect and crustacean (in particular crabs) skeleton and of cellular walls of mushrooms. It is a basic substance whose use in agriculture is authorized by Europe and allowed in organic farming.

It is used as elicitor to induce defensive responses in different crops as the plants have learned to recognize the presence of these components with their alarm receptors that starts a series of defense reactions.

The application of chitosan hydrochloride stimulates an endogenous defensive reaction in plants. The induced defensive mechanisms provide a protection through thickening of tissues and cell walls with the aim of blocking the penetration of pathogen and its diffusion. The second action of the chitosan hydrochloride is a biochemical protection caused by the production of antifungal and antibacterial compounds such as phytoalexins and some hydrolytic enzymes.

Thus, chitosan hydrochloride is an elicitor, which is an agent able to induce, in the plant the biosynthesis of some metabolites, the phytoalexins that are involved in defensive responses.

The Agrilaete company, specialized in the production of special fertilizers, in collaboration with D & C WINE, as its exclusive distributor for Tuscany, organized on 26 November 2019 at the Barone Ricasoli company in Gaiole in Chianti (Si) a workshop entitled “The use of chitosan hydrochloride in viticulture”.

The scientific aspects were treated by Gianfranco Romanazzi, professor of plant pathology at the Department of Agricultural, Food and Environmental Sciences of the polytechnic University of Marche. For Agrilaete, after the greeting of the Administrator Ennio Cerchier, CEO Aldo Novel intervened and the R&D manager Pietrogiovanni Cerchier, whereas for D&C Wine Carlo Alberto de Nisco.

The chitosan hydrochloride was presented with its resistance inductor characteristics, a natural elicitor obtained from the crab shell which is a non-toxic and totally biodegradable product.

Gianfranco Romanazzi, who has been studying the applications of Chitosan hydrochloride for several years, in his speech explained in details the different mechanisms of action by which the product acts and described the mechanism of action in the induction of resistance to the attacks of downy mildew to vine grapes.

To this objective, it can be used within an integrated strategy of vine protection against downy mildew, contributing to significantly reducing the use of copper (in organic farming) or other products. Furthermore, he paid particular attention to the importance of the dose, timing and the methods of application, necessary to guarantee its effectiveness.

Aldo Novel expressed his full satisfaction for the excellent success of the workshop highlighting the great participation of technicians of important agricultural companies, wine consultants, and oenologists, who at the end of the meeting started a long and interesting debate, engaging all participants.

All this, explains Aldo Novel, is in line with the philosophy of Agrilaete, based on presence in farms, continuous exchange of information with technicians and relationships with the scientific world. This activity allows the company to find the problems and therefore find solutions through its research and development activity, formulating targeted products. Agrilaete articulates its production on seven facilities of which six are located in Italy and one in Spain, as well as having the exclusive distribution of some products such as chitosan hydrochloride from the german company Chipro.Agrilaete articola la sua produzione su sette impianti di cui sei in Italia e uno in Spagna, oltre ad avere la distribuzione esclusiva di alcuni prodotti come ad esempio il Chitosano cloridrato dalla tedesca ChiPro.